Jamad was born and raised in Cairo, Egypt. As a young man, he was recruited to join a separatist force under the command of military mastermind, Ramses “The Pharaoh” Hondo. However, the separatists were disbanded while Jamad was away on a mission. When he returned to Cairo, he was alone and forced to start over. So, he took a job as a bodyguard until Ramses emerged from hiding and came calling once more. Jamad joined Ramses elite force of soldiers who all underwent biological transformations in which their genome was spliced with alien DNA from a master race Ramses had come to work for. This procedure gave Jamad advanced physical traits, as well as the ability to control water and create ice instantly. 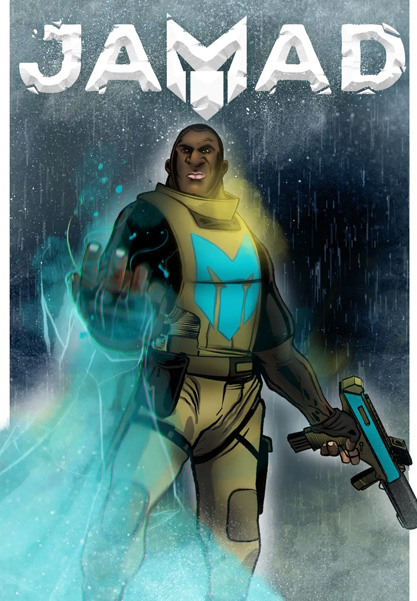