Several years after graduating from college, Crystal Spears accidentally drank a hyper-serum during a bachelorette party for one of her sorority sisters. At the time she was holding an advanced piece of cellular technology developed by the tech-company she worked for. The Hyper-Serum and the technology combined with her physiology and transformed her into a half-human-half-cyborg. With her new powers, she joined her 4 girlfriends (who also gained powers during the same party) and they formed the Sista Clique hero squad. Crystal juggle her crime fighting activities with her responsibilities as a wife and mother of 2.
‍

Cybernetica was the 36th character released through Project365 on February 5th, 2016. 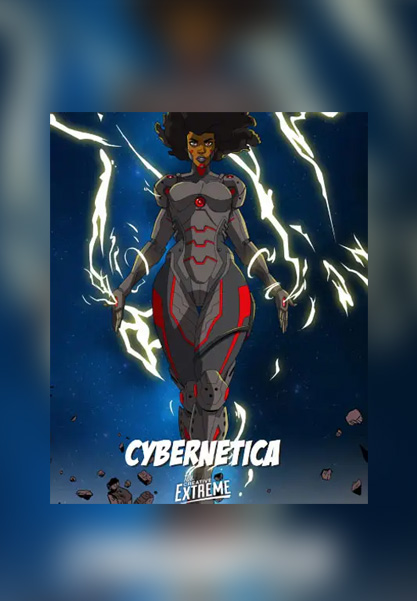