Jade lives on Super Earth One, a planet in a parallel dimension with a population that is nearly 50 percent hyper-being. Jade is not a hyper-being, but she is the commanding general of the human army. And when a war breaks out between the hypers and the humans, Jade is on the frontline equipped with a mech-suit and a plethora of anti-hyper-being weapons. She’s a true force to be reckoned with. 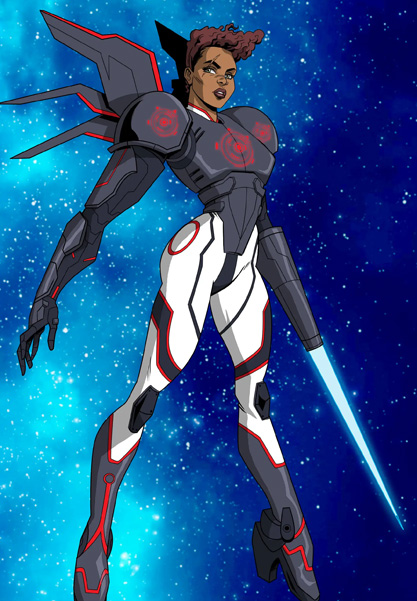