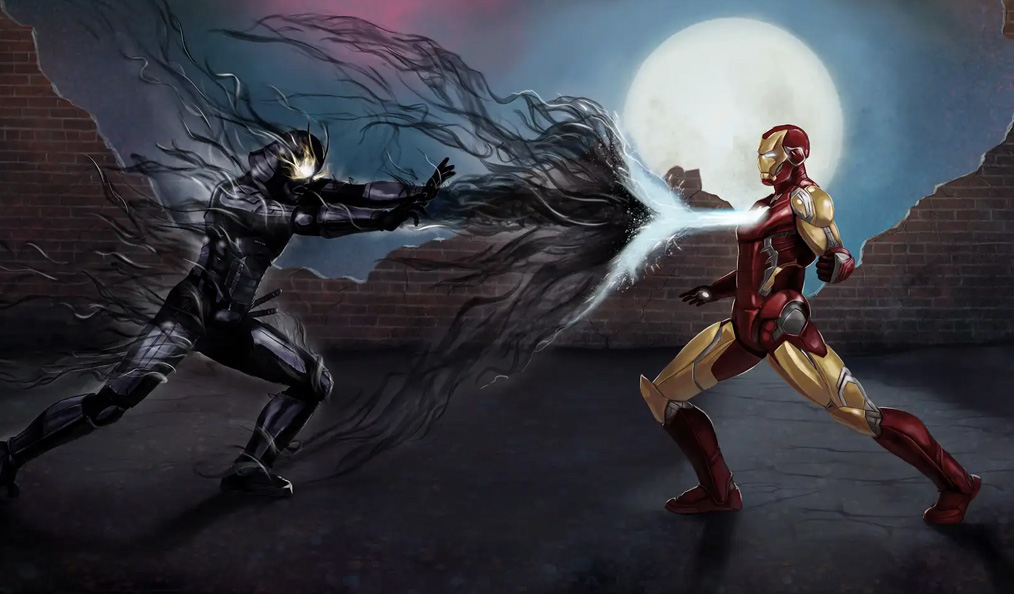 “His tech is just as advanced,” the Avenger replied to his suit. “This battle won’t be won because of armor. Any luck analyzing his fighting pattern?”

“He is using an exponentially modified, yet perfected, form of samurai combat, including kenjutsu, jujutsu, battojutsu, iaijutsu, and aikido, combined with a Western boxing style similar to the one utilized by Muhammad Ali.”

“That would explain him yelling out ‘I’m a bad man!’ just now,” the Avenger replied.

“It seems it would,” F.R.I.D.A.Y. responded, “but it is not his fighting style that is the problem. Even though his technique is superb, the energy emitted from his suit with each attack indicates he has super abilities.”

Iron Man inquired, “What are you, a fan of his? Superb technique… what kind of abilities?”

“The origin and energy signal is unknown.” F.R.I.D.A.Y. answered. “It is not from the suit, though. It is similar to readings detected from the energy used by Dr. Strange, and it produces an output equal to Captain America’s or Black Panther’s levels of strength and speed.”

“Great. He’s a magical, super soldier, jungle cat in a suit I would build. Yeesh… I gotta figure out something before he re-engages. Mask the suit’s activity,” Iron Man commanded F.R.I.D.A.Y.

Across from the Avenger in an abandoned warehouse district stood his opponent, the super samurai hero Musashi. He and Iron Man had been engaged in combat under the light of a full moon for quite some time. Their relentless pursuit of a mutually desired and needed object had driven them beyond the point of no return. Each had pulled out all the bells and whistles their advanced armor suits had to offer, inflicting massive amounts of damage to their surroundings, and one another, on a level that would’ve destroyed most other heroes instantly. Yet, the two billionaire, genius, playboy philanthropists were still standing.

Musashi was having a very similar conversation with his suit during the lull in combat. “Masako,” he called to the artificial intelligence program inside his armor, “the nanite injection into his suit, has it interfered with his armor’s regeneration capabilities?”

“It has, Musashi.” Masako answered. “His suit’s regeneration rate has diminished to 9% effectiveness.”

“Great. And how are we doing?” the super samurai inquired.

“Suit integrity is at 34%. Yet, predictive combat analysis shows if we take another direct hit from the repulsor ray in his chest, suit integrity will drop to critical lows, if not complete failure.”

“He surprised me with that one. I gave him too much space. Won’t happen again,” Musashi declared confidently.

However, before the super samurai could continue his conversation with Masako, Iron Man spoke to him saying, “You can quit at anytime, you know, and leave the psytanium with me. It’s just us here. No one will find out you gave up. It’ll be our secret.”

“You would like that, wouldn’t you?” Musashi retorted. “Too bad the psytanium is mine.”

“Cap isn’t going to like that. Not one bit.”

Musashi replied with conviction, “No worries. My super soldier is better than yours,” referring to his friend and team leader LtGen. Rashard Bonds of the Alpha Initiative.

“Great tech. You steal that suit from me and put samurai decorations on it?” the Avenger quipped.

Musashi chuckled and answered, “Funny… I would ask if you stole my tech, but from the look of that trash can you’re wearing I know it couldn’t be from my design.”

“He just called you trash, F.R.I.D.A.Y.,” Iron Man quietly said to his suit. “You still a fan of his?” He returned his attention back to Musashi. “You got a sense of humor. I can dig it. I used to mask my fear with jokes, too. That was until I faced enemies twice as great as you and won. It was then I realized I didn’t need the jokes, because I was just that good.”

“If you faced enemies twice as great as me and won, I have to meet the other heroes truly responsible for those victories,” the super samurai snapped back.

“I would introduce you one day,” the Avenger said as F.R.I.D.A.Y. informed him all of the suit’s power had been diverted to the repulsor ray in the armor’s chest, “but unfortunately you won’t be around much longer!”

Iron Man’s Mark XLVIII’s armor fired an enormous blast from its chest directly at Musashi. It happened in the blink of an eye, and instantly the beam was upon the super samurai. Musashi realized the banter was a ploy by Iron Man to buy enough time to charge his suit for the attack. The chance for a defensive or evasive maneuver had passed. However, Musashi was not without recourse.

Reluctantly, the super samurai tapped into his inner chi, making a decision to use a power he swore he never would again. Yet, Iron Man had given him no choice. Thus, black flames burst all around him in a flash, darkening his armor, and yellow flames rose from his eyes. As the repulsor ray hit Musashi he was unmoved.

Iron Man was dumbfounded at the sight and commanded F.R.I.D.A.Y. to increase his suit’s output to maximum, which it did. This time the super samurai was moved back and forced to raise his arm in defense. That’s when he knew it was time to counter for Iron Man had given everything he had left.

Musashi suddenly who transformed into his alternate form of the demigod, Genbu the Dark Yokai, summoned every ounce of chi from within and with a shout of “HEBI NO KOGEKI!” unleashed an earth-shattering energy blast of his own from his hands that split right down the middle of Iron Man’s repulsor ray. 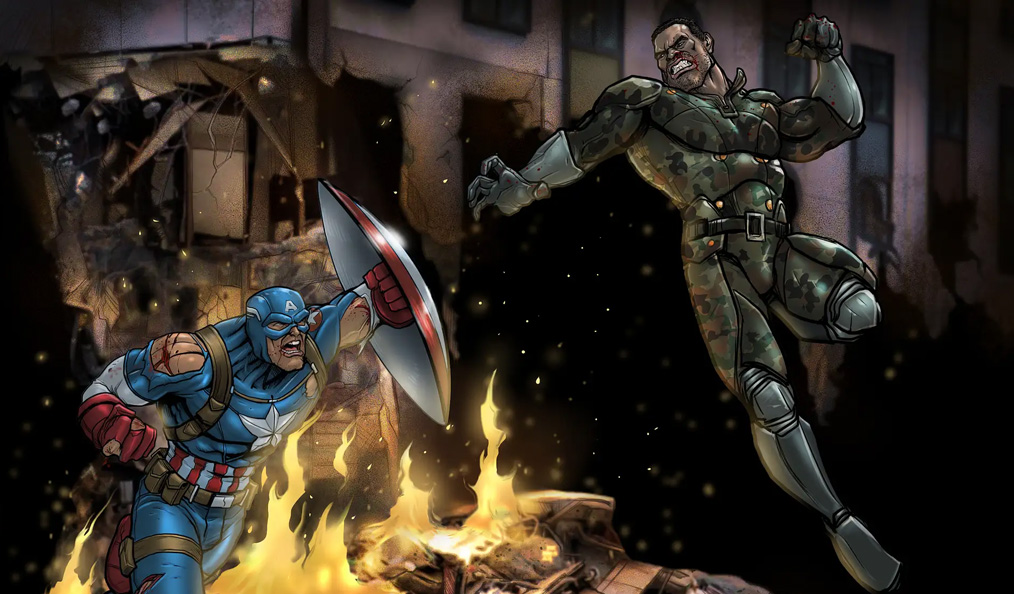 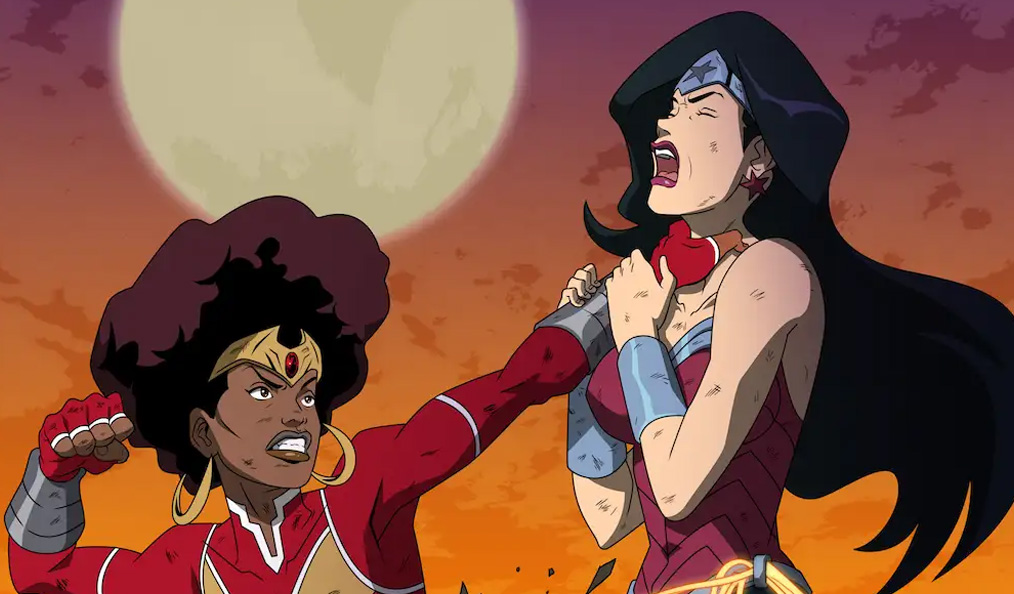 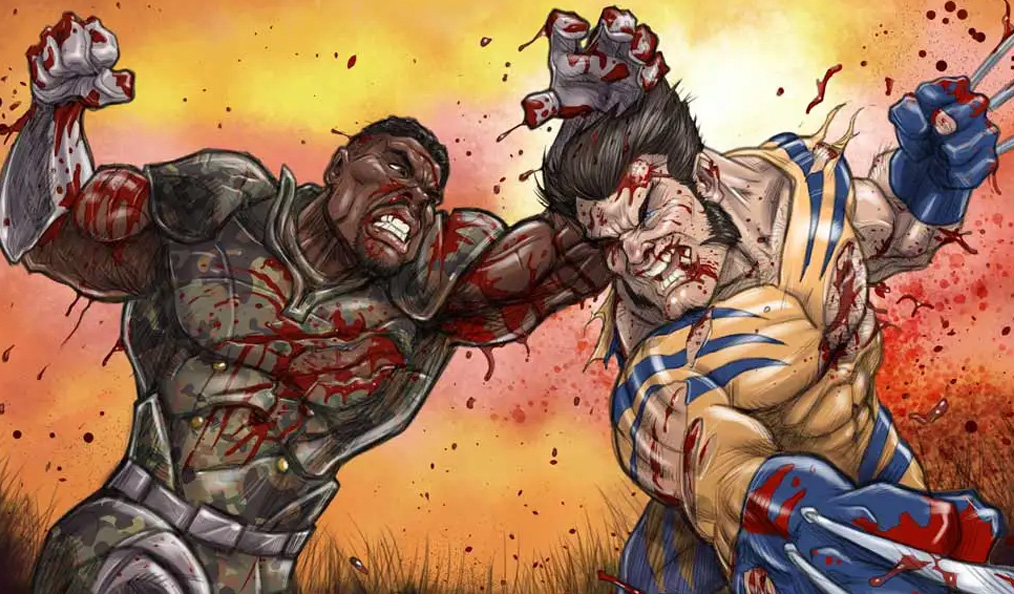 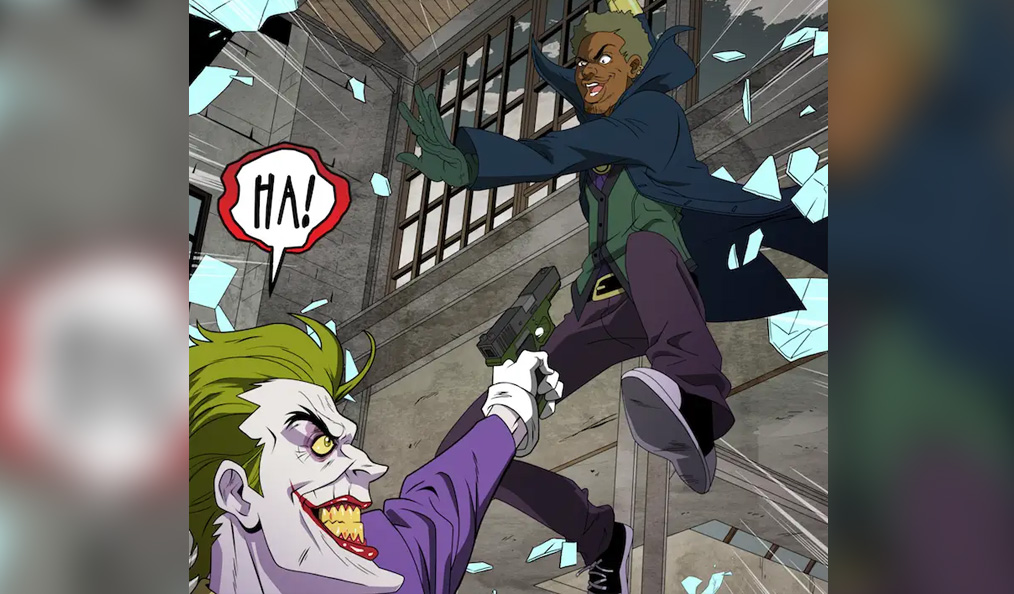 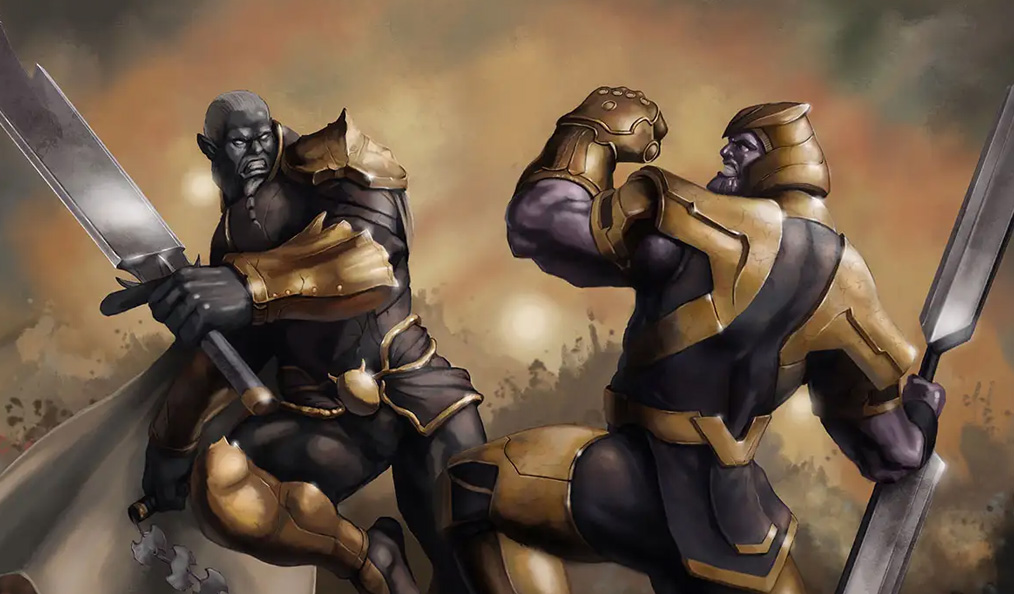 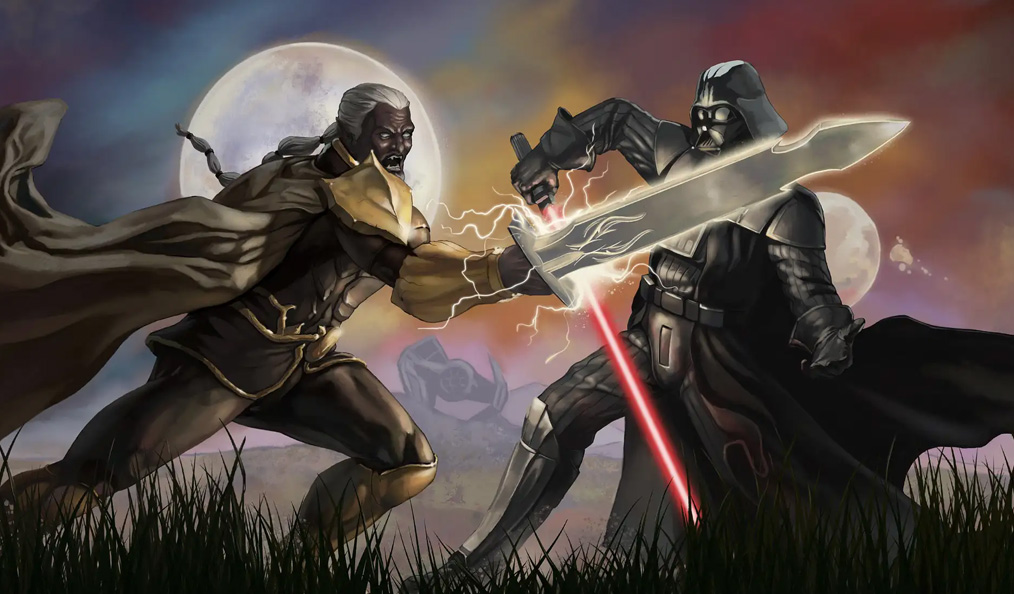 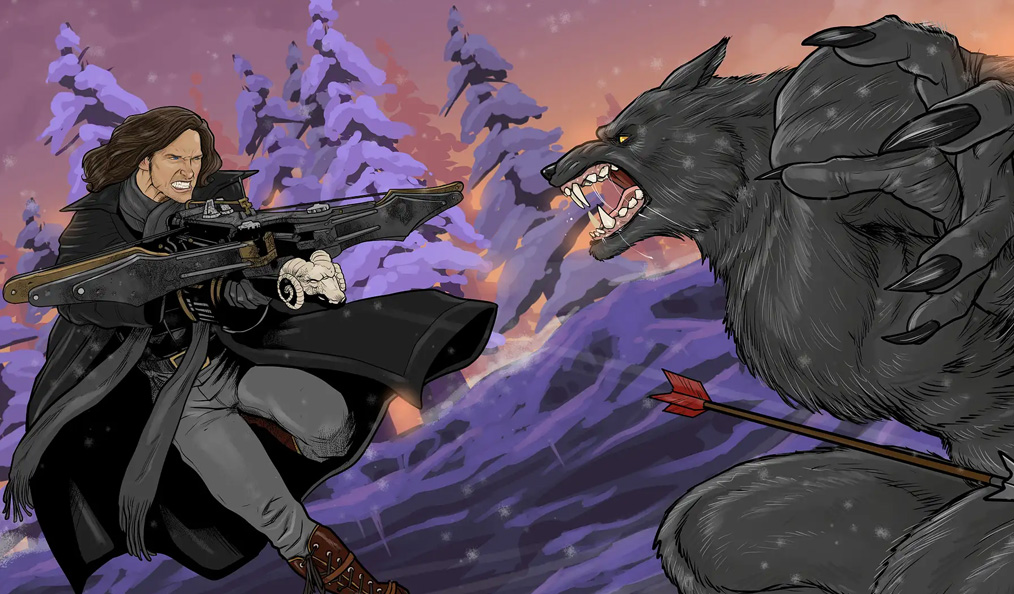 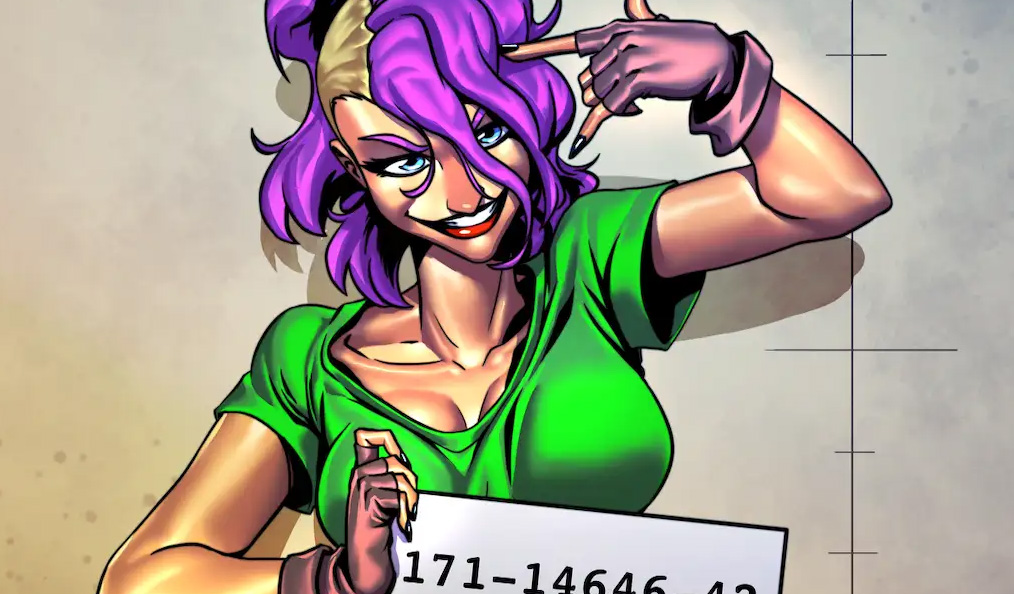 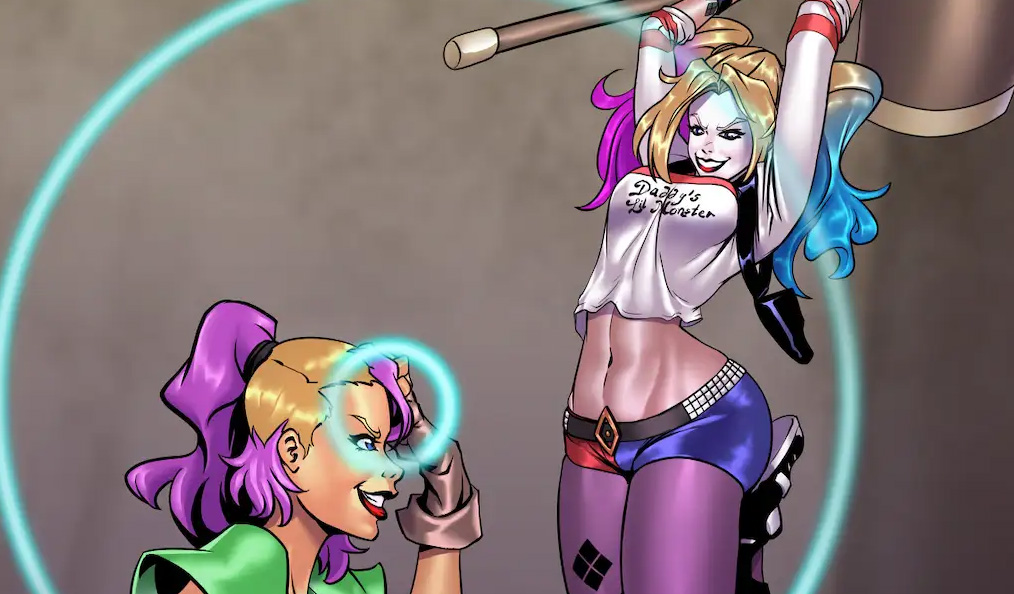 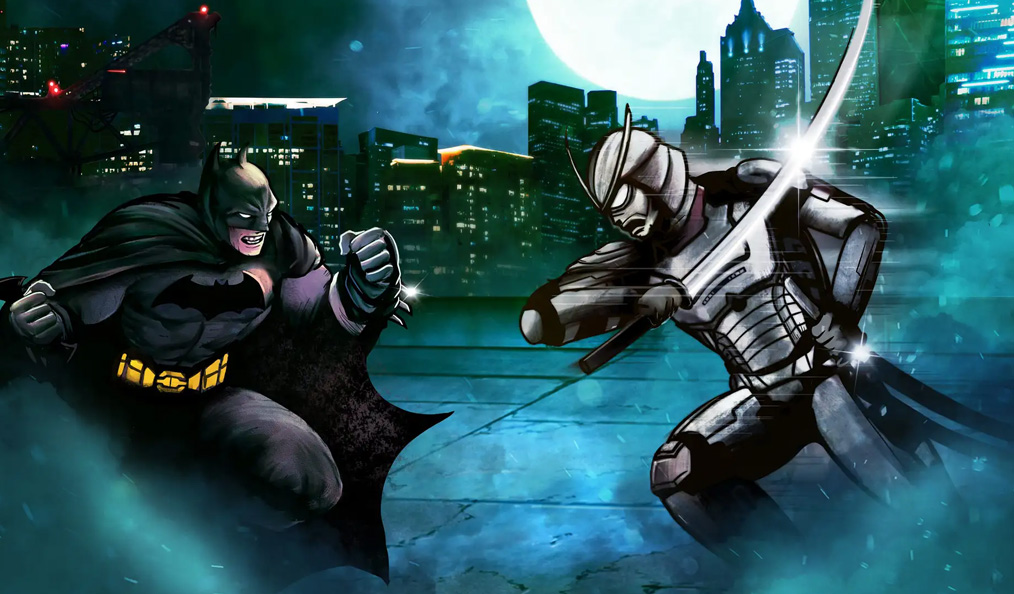 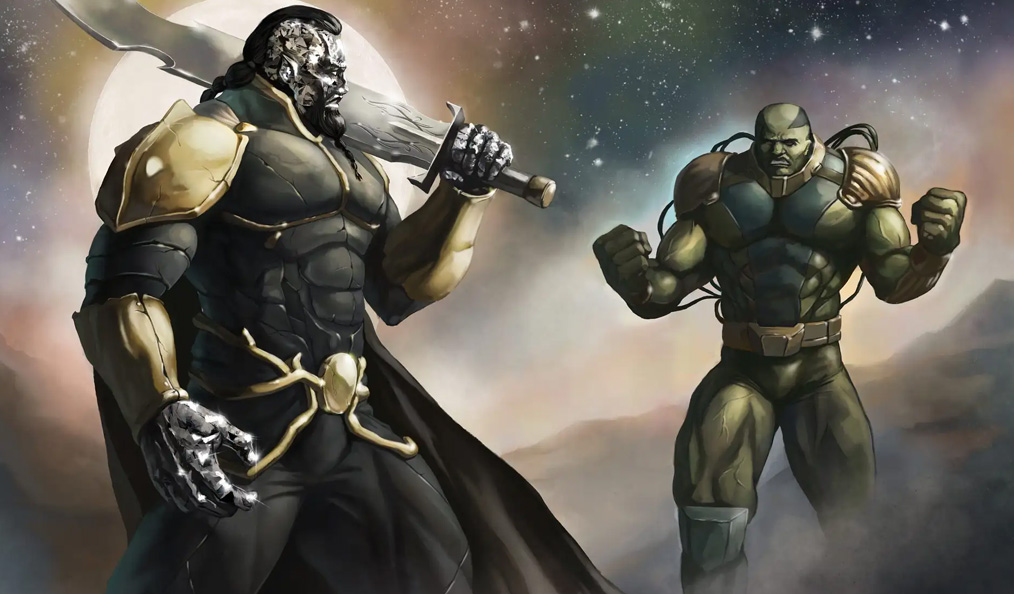