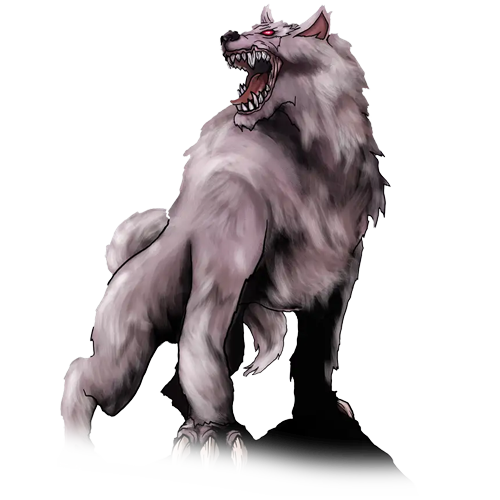 When the light disappeared, I looked around and found myself inside a room. It was brightly lit with a chandelier above me illuminating every corner of it, which was unexpected because the Library had no visible roof when I was last present with Tectonica. Before me was a plush wood bookcase which stood about 10 feet tall and was filled with all sorts of novels. There was a small, round, wooden end table with gold metal trimming around the edges and a marble top placed next to a lounge chair made of soft leather. A cigar cutter was placed on top of the table as well. It lay next to a crystal tray, holding a half smoked stogie of the finest Cuban quality.

Chuck Chapter was created from the mystical literary energy of Sir Vellichor’s Grand Library, and thus has the ability to travel in and out of the realities of any book in the library at will. This makes the creature nearly all-powerful when inside the walls of the Library.

Across from the furniture on the other side of the room was a personal bar. Set on top were crystal glasses, a matching crystal container with whiskey inside, and an insulated, leather container for ice. I uncorked the whiskey and inhaled the scent. It was Dalmore 64 Trinitas. One bottle costs roughly $165,000. Housed inside the room was also the original 19th century painting “Dawn After the Wreck” by J.M.W. Turner. It was hanging on the wall opposite the bookcase. It appeared this space is used as Sir Vellichor‘s private reading room, and it is stocked with some of the greatest quality leisure items and art known to man. Figures Sir Vellichor is as refined as he is arrogant.

When the overwhelming smugness of the room began stifling me, I reached for the door handle to exit. Spinning the decorated brass, oval shaped knob, the aged wood creaked slightly as I swung it open. Revealed before me was a hallway decorated much like the room, also with a ceiling above it. The corridors extended quite a length in both directions, so I chose the path to my right and began walking. I could not escape the regal decorum, though. The style adorned everything in sight. It was as if the Master of the Library was trolling me with his interior decorating. I swear I cannot stand this man.

The doors to other rooms were open. Many of them housed books of all sorts. Some looked like studies dedicated to particular subjects of non-fiction. It was no surprise Sir Vellichor would be a learned man. Other rooms housed art in the form of paintings and sculptures, while others were much larger and contained botanical gardens of different flowers, plants and trees. The sight of everything was awe-inspiring. Despite the nearly sickening dignified air, overall it truly is a beautiful place. My awe turned into caution though as I witnessed the next sight on Sir Vellichor’s behind-the-scenes tour.

A creature the likes I had never seen before emerged from around the corner. I began to wonder if I was already placed in a book and this monster was what I had to defeat. I prepared myself to engage. However, the creature remained very calm and held a non-threatening disposition. When it walked to within about an eight foot distance of me, it simply stopped, sat on its hind legs, and bowed its head waiting for me to approach. I moved in slowly, and when I reached it, the creature raised its paw to place in my hand. The animal was no monster at all. It was a pet; Sir Vellichor’s pet, to be exact.

The creature began leading me through the hallways. The extent of them was like a maze. After a number of minutes, all the rooms began to blend into one another. I was tracking every turn, though, mentally mapping the area and memorizing its layout. It was the first piece of intel I was able to gather on the structural design of Sir Vellichor’s Grand Library, and I made sure I did not waste the opportunity. In addition to my internal mapping, I kept wondering at the creature as well. It was majestic and moved in a subtle yet, powerful manner. It was certainly unique beyond its appearance. My pondering, however, was interrupted as we approached the end of the maze. Cliché was standing there, waiting for me. She greeted me with a nod and said they were ready for me. I shook my head in contempt. Then, she teleported me to the center of the Grand Library where Tectonica and I had been on my previous visit.

As we awaited the arrival of another member of The Book Club, I inquired about the nature of creature that had welcomed me. In the nonchalant and uninterested tone I’d grown accustomed to, Cliché confirmed that he was indeed Sir Vellichor’s pet and that he was called Chuck Chapter. She could tell I was impressed by the creature and explained further that he was a pure product of the Library; one of the very few entities that had not been transported from somewhere else in the universe. Instead, Chuckie had manifested organically and somewhat miraculously out of one of Sir Vellichor’s favorite books. The story had been rewritten a multitude of times in the form of failed attempts to escape by people who’ve been captured. With each rewrite, however, this creature’s presence mysteriously remained the same. Finally, Cliché was sent in to bring him out. It was discovered that because Chuck was a product of the same energy that held the Library together, he was able to freely jump in and out of any book at any time.

It was an anomaly they had never seen before or since and it meant that Chuck was extremely difficult to pin down. Naturally, Sir Vellichor was beyond intrigued and demanded they find a way to extract Chuck. This time Binder and another member were sent into the books to track him down and after several attempts, were able to capture him.

Cliché continued to tell me the story, saying Chuck was wild at first, but made it a point to mention Sir Vellichor is a master at taming the things he wants to own which do not desire to be owned. Cliché said this staring directly at me, insinuating I was one such thing he desired to obtain. I told her the quest to do so would spell the end of her and her master, along with everything else in that realm, to which she laughed in reply.

The sound of her cackle perturbed me, and I did not try to hide my displeasure with her. That is when Chuck Chapter walked back towards me and rubbed his head against my shoulder. The sight of this ceased Cliché’s laughter abruptly. A brief moment of shock registered in her eyes, before her default look of feigned disinterest settled back in. Realizing I’d noticed the subtle change in her demeanor, she mentioned that the creature normally does not like anyone but SIr Vellichor, not even her. I taunted her a little by rubbing Chuck behind his ears. She smiled, but it was more of a way to cover up her disdain with the situation. The relationship forming between the creature and I seemed to be a real point of discomfort for her. Could it be a crack in the book ninja’s armor, something I could exploit?

She immediately told me not to get any ideas, for The Master of the Library and Chuck Chapter were completely inseparable. I retorted envy was not a good look on her, and that she should do better at containing her jealousy. My comment drew laughter in return, but not from Cliché. Another voice emerged from the background, as her counterpart arrived on the scene…