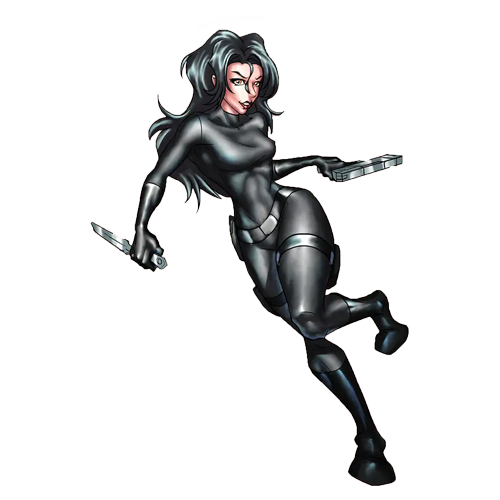 Agent Shefali noticed me laughing at the tabloid TV show on the plane. She mentioned how it was the first time she had seen me smile the entire trip. I replied I hadn’t had much to smile about until that moment. Next, she inquired as to what it was I found so humorous. I could not reveal AKA‘s secret, so I told her it was simply the absurdity of tabloid shows. However, Shefali saw through my hollow truth. She recognized I was not one for junk entertainment, but she also knew I was hiding something. She did not mince her words, either, letting me know these thoughts exactly, as she peered at me with a suspecting, yet playful expression. The corner of her mouth curled in a slight smirk as well. Shefali had me figured out, and she knew it. Less than 10 seconds of conversation and she already pinpointed the tell of an international superhero, who has successfully deceived professional liars and secret-peddlers for years. My curiosity was beyond piqued.

Alien DNA splicing has given Shefali mind control abilities via irresistible persuasion and unparalleled beauty. She is also an elite espionage expert with master-level psychology, manipulation tactics and close combat skills. She is an expert with firearms and knives as well.

We looked at each other for a moment; comfortable silence and attraction the only things between us. I invited Shefali to join me. She smiled a little bit more – a moment which filled my body with excitement – but respectfully declined. In jest, I promised to turn the TV to something of more quality, such as the smash hit paternity show “Who the Pappy?” And then it hit me: her laugh. Shefali’s teeth are white as snow and in perfect alignment, and as the hypnotic sound of her laughter permeated deep into my ears, and the sight of her incredible smile filled me with excitement, I refused to take no for an answer. I had to get closer and see just how lost I could get in her majestic eyes. She said all personnel was explicitly warned to not fraternize with the prized asset. It was a directive I – acting commander on the mission – promptly overrode. With that, she said OK and sat down in the seat next to me.

Shefali gently moved her long, black hair behind her ear. The movement of her arm provided me with a faint trail of her scent, and I remember thinking she smells as angels ought to smell. Once she was settled, she extended her hand to me, and introduced herself properly. I shook it, replying with my full name. Her skin is incredibly soft, yet, her grip is firm. It was immediately apparent Shefali is the farthest thing from an ordinary, stuffy CIA agent.

Her retort to hearing my government name was to say “Captain Noble” in a heroic manner, as if she were reading one of the promotional pamphlets about me, during my debut tour across the nation many years ago. We both laughed again, and this time, the sparkle in her eyes hypnotized me. It is as if diamonds shine the light of the universe through them. I couldn’t help myself at that point, and I complimented her looks. I knew it may have been inappropriate with us being colleagues, but Shefali did not flinch. In fact, she playfully insulted me, sarcastically saying she had “NEVER” had that happen before. I chuckled and apologized for my comment, but I also told her I could not resist. She looked at me again, smiled for a moment, and then replied in a genuine voice that she was not offended in the least, and actually felt very flattered, being complemented by a superhero who has traveled across the globe, and seen women from every corner of the planet.

We stared at each other amidst a palpable gravitas towards one another. Words escaped us both. So, Shefali broke the silence with a question that seemed out of the blue. She asked me how much I squat. I laughed again, telling her it was classified information. Then, I redirected the inquiry to her. Without skipping a beat, she replied 725 lbs. I was shocked, and honestly, I did not believe it. After telling her so, she swore to me she was telling the truth, saying she bests all of her fellow agents in the gym every time. There was no fallacy in her words, I could tell. Truth and honesty oozed from her pores. Shefali is the type of person who will tell you the truth, regardless of how it makes you, her, or anyone else feel; a refreshing change from the cloak-and-dagger life I normally lead.

We conversed over the duration of the flight. Shefali’s fellow agents would walk by and give her a look of disapproval from the corner of their eyes, prompting her to comment that maybe it was best for her to return to work. I, however, insisted she stayed and told her I would personally speak with her supervisor once we returned, so they would know I requested her presence, and that she did me a huge service by keeping me company. I wouldn’t allow anything negative to happen to Shefali, and she knew it. Thus, we both became lost in conversation and laughter as the flight proceeded, all the way until we landed.

When it was time to exit the plane, Shefali stood before me. Her physique was exceptional. My eyes traced every curve, and noticed every line of definition in her frame. To say she is in shape is a gross understatement. At the tail end of her gathering her things, she noticed me admiring her beauty, to which she joked that I should act like I’ve seen a woman before. I replied that it was obvious I had never seen a real woman quite as extraordinary as her. As I stood, I could not help but move in close to her. Slowly, she inched closer to me as well – I could feel electricity between us. It was undeniable.

At that moment, I felt an animalistic rush to grab her, pull her in close, and kiss her passionately. The incredibly sensual and passionate look Shefali held in her eyes let me know she felt the same way. I took a step closer, and she welcomed me in. Another inch saw us face to face, the tips of our noses barely touching. It was then she placed her hand on my chest and gently separated us, as someone was heard coming around the corner.

The moment escaped us, but I could not let her go. So, when we were exiting the plane. I asked Shefali if I could see her again. She answered facetiously that she doesn’t date captains. I quoted Eddie Murphy in “Coming to America” next, yelling that “I renounce my throne.” We both laughed; the fact she understood my reference to a cinematic classic from over 130 years ago was not unnoticed by me, either. A moment of contemplation passed, and then Shefali answered “yes”. She wrote down her number, along with the address of her favorite restaurant, and a time of 8 pm. With that, we went our separate ways. Needless to say, tomorrow looks like it will be a great night.