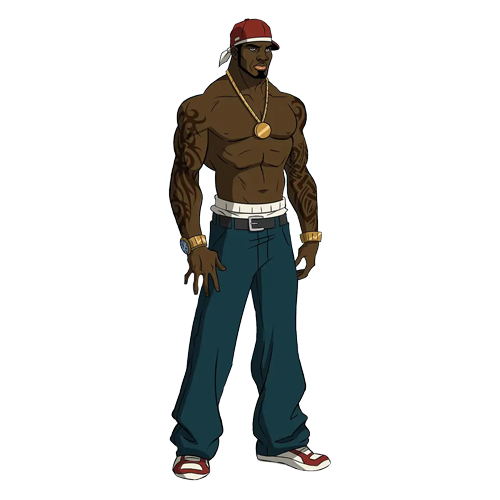 I spent a couple of days helping New Hero Hospital repair damages and get things back in order after the brawl between Icarus, Shuttershock and me. The destruction was pretty extensive. We basically leveled an entire floor. Luckily, there were no casualties, and the repairs went pretty fast. Having a hospital filled with brilliant scientists and hyper-beings helps. We were able to build a basic frame and patch things up rather quickly. The renovations and finer details will come over the next few weeks. Rest assured though, NHH will be back to normal in no time.

AKA has the ability to morph into any humanoid form. His mind can also instantly analyze musical sound waves and his vocal chords can reproduce any and every sound imaginable.

Shuttershock stayed behind with Vic and Ramona to try and learn more about his fiancée’s whereabouts. Meanwhile, I boarded the plane and flew back to D.C. to meet with my superiors for debriefing. While in flight, I did a virtual conference with them in the plane’s Situation Room to discuss my recruitment of Shuttershock. They had already heard via the news reports I was working in tandem with another hyper-being not sanctioned by the US government, and of course, they had questions. I gave them the full rundown, and as expected, they staunchly resisted the idea of forming a team. I detailed Shuttershock’s progress as a product of NHH in their blue matter research program, and I also provided them with glowing endorsements from Dr. Elizabeth St. Pierre and Dr. Destructo, which I obtained before I left NHH; both doctors are highly respected and trusted by the US government, having worked with them numerous times before, namely Dr. St. Pierre on creating me.

It took some convincing, but eventually they agreed to bringing Shuttershock into the fold. The news about his fiancée being lost in space and tracked by NHH in conjunction with an extremely powerful telepath also helped. They agreed to provide resources and intel, in exchange for access to Ramona and NHH’s research. All the details they can work out with Dr. St. Pierre. Those are conversations I’m not usually privy too, and do not wish to be. They can have the bureaucracy.

As I sat and unwound after successfully negotiating with my superiors, the joy of recruiting Shuttershock quickly subsided; the thought of Ramses Hondo still being at large began to settle in. The events in Sir Vellichor‘s Grand Library replayed in my mind, as well as the fact that Cliché could return to take me back at any moment. It was not long before the weight of my duties piled up once more. I tried to relax and get my mind off of everything, at least until I arrived in Washington. It was difficult to shake reality, though. That was, until the most unexpected story captured my attention.

I flipped through the channels on the TV, hoping to land on a cinematic favorite or syndicated classic. Anything to divert my attention from my responsibilities. For the first time, tabloid television actually served a purpose. On the screen was a segment about Eric Scudder, also known as “AKA” – the world’s most successful and popular entertainer. Well, technically, “entertainers”. Plural. It’s virtually an unknown fact that AKA is actually a hyper-being who can morph into different people and creatures. He also has an uncanny talent for music. Or, should I say he has an unparalleled mastery of sound. His brain is able to instantly dissect a noise by pitch, volume, key, rhythm, timing, harmony, octaves, etc., and reproduce it in either perfect mimicry or in any combination of musical methods. Additionally, AKA has the ability to sing in all 7 octaves simultaneously. The man can sing you a song in perfect harmony written for a full choir by himself. A fact I would not believe if I had not seen it for myself, and I must say it is an extraordinary experience. You feel as if you should be seeing a large group of people, but there before you is only one man.

I met AKA during my last trip to Platinum City while working with Spliff and his crew. Seeing an international megastar spending time in the underbelly of PC caught me off-guard. AKA opened up to me about his secret. He told me he was born and raised in the King Projects. As a child, he was abandoned by his parents. For quite some time, he was roughing it alone, living on the streets, engaging in a life of crime by pick-pocketing people, and stealing what he needed to survive. Eventually, he linked up with Spliff and Yayo. They instantly clicked, and between those two, along with Blunt and LaLa, AKA would rotate between households when possible. It was a favor he eventually returned to LaLa years later, when she was in need of a place to stay.

They bonded over the struggles they shared in life, but also over their love of music. Each of them dabbled in rhyming or singing – and LaLa had actually had a short, but successful career as a teenage rapper – but it was AKA who really had the gift. His knowledge, understanding and ability to perform at a young age was mind-boggling. He could write an amazing rap song, play Tchaikovsky flawlessly after hearing it just once, perform a gospel song better than the world’s best choir, play slide guitar on a bluegrass country record, slay some Miles Davis on a trumpet, and cap it all off by perfectly singing Luciano Pavarotti’s rendition of the classical opera song “Nessun Dorma”, all before lunch, with minimal effort.

Then, as a teenager, adolescence thrust his body into overdrive. Not only was he going through the normal, awkward changes every teen does during this time, but AKA also began rapidly transforming into every other teen he ever came into contact with! His morphing power was in full effect. It took a while for him to get it under control, but when he did, he quickly realized this gave him endless opportunities.

AKA soon set out into Platinum City to showcase his skills in every way his talents and abilities made possible. He was the next Dizzie Gillespie while performing in subway stations as an exceptional jazz musician. From there, he went on to play local theaters as a new rock act, whose voice bested that of legends like Steve Perry, Robert Plant and Freddie Mercury, and whose guitar playing rivaled his all-time favorite hero, Jimi Hendrix. He began gracing every club as the hottest new rapper on the scene since 50 Cent with his vivid, powerful rhymes about coming from the King Projects and living the hard life.

From there, he won a spot on an international talent show aired on television across the world, while portraying a vocal powerhouse diva. Yes, AKA is just as amazingly talented as a female act as a male act. His musical talents know no bounds. Thus, it was not long before these different characters, along with a few others, grew into global phenomenons, skyrocketing him to the top of all the charts.

As I watched the tabloid show, I reminisced about the conversation I had with AKA and could not help but laugh to myself. The show was discussing the recent drama involving a rap feud he was engaged in. They said it was the hottest battle since Biggie and 2Pac from over a hundred years ago. The hilarious thing is, AKA was also Keeshawn Williams, the other rapper involved in the controversy. He was feuding with himself! He had told me during our first meeting he was going to create an adversary for his hottest rap persona to drive album sales through the roof, and it worked, apparently. AKA’s most recent album just sold 10 million copies in the first few months of being released, a feat that is wondrous in the age of digital music and Internet piracy.

His record label, Jewel House Records, is now the best selling record label in the music industry, thanks to the rap beef between AKA and Keeshawn, along with the other 8 or 9 mega acts AKA performs as. The next two stories on the tabloid show were also about AKA. His diva character, Baby Doll, had crossed over into movies and was being nominated for Best Actress in a Lead Role; and the other story was about how his jazz persona, Skip Woodson, was teaming up with his rock persona, JoJo Rush, to release a heavily anticipated blues album. It already had 2 million copies sold from pre-orders. Hearing all of this continued to make me laugh. The world had absolutely no clue their favorite entertainers were all one man!

The hilarity was a welcome distraction from my stress. The idea of AKA’s endeavors, however, did make me think of what else he could accomplish if he utilized his powers to help others. The possibilities are certainly plentiful. Maybe one day I will reach out to him about it. In any case, as I pondered this on the flight, an even better, and much more welcome distraction caught my attention.

It was Agent Shefali Chisisi…