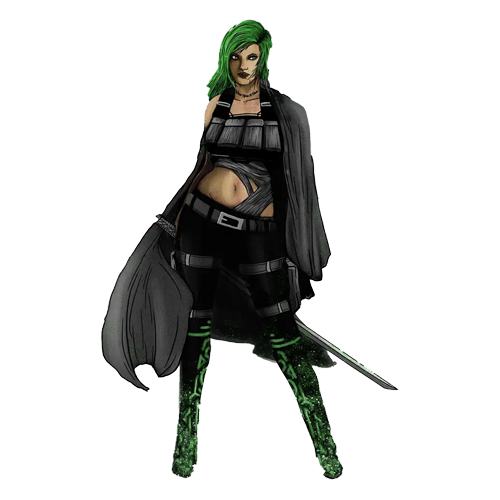 When I dropped to the ground, my mind quickly replayed the last moments of me and Tectonica on the mountainside. There was a cloaked figure, emitting some sort of strange energy. I had rushed to secure the unknown person, but before I could do anything, a flash of light occurred and the two of us were snatched from our peaceful dinner and forcefully dropped in this mysterious place. We looked around, and realized that we were standing in an incredibly massive library.

The wood, which comprised everything, was dark brown, plush and smooth to the touch. Bookcases extended in perfectly aligned rows around the circular room we landed in, for as far as my eyes could see. The rug underneath us was circular as well, made of the finest material, bearing what appeared to be old English designs around a huge coat of arms, and it extended about 200 feet in circumference. The furniture surrounding our position was made of the same plush wood, and had dark purple velvet coverings over the finely tailored cushions.

Cliché has the ability to teleport great distances and also possesses enhanced speed. She carries a blade and is an accomplished swordswoman.

I looked around for an exit but found none. As I looked up to Tectonica, I noticed there was no noticeable ceiling, only a black void as if the top of the library was so high above us it was out of sight. We both began searching, trying to find a way out, but were to no avail. The scent of a fresh fire burning with lilac permeated air, but I could see no fireplace. Truly, I was at a loss. That was when the woman, who appeared before the flash, walked out from behind a bookcase.

She had a very unique look: light green eyes and matching hair. She wore a sword with lightweight combat gear, and around her neck was a tattoo that read “Once upon a time…” She moved smoothly, confidently. Too confidently, I remember thinking. She carried a smug aura, as if there was nothing I or Tectonica could do to harm her. My initial reaction was to engage, as was Tectonica’s. I sensed the giant’s desire to crush the mysterious woman and felt the ground shift as she lifted her massive heel from the ground and pivoted into position to make a move. I placed a calming hand on her foot, however, signifying the idea that fighting was not the most prudent course of action. Tectonica flattened her stance again. It did show me that the friendly giant was indeed ready for action, just in case a fight did break out, and that was all the reassurance I needed in that library. If we were on the same team, I knew we could defeat anything that came our way.

I asked the woman her name, to which she answered Cliché. Next, I inquired about what was transpiring. To my surprise she was very forthcoming with information. She told us she had been monitoring Mt. Logan, looking for the giant who inhabited the area. She informed us that her master, Sir Vellichor, had demanded Tectonica be procured for the purposes of his own personal entertainment. This idea did not sit well with my companion, as becoming anyone’s circus attraction was understandably a source of frustration.

Continuing on, Cliché explained that she had been tracking Tectonica for several days. But then the trail had gone cold. It wasn’t until I had found her and engaged her in a short scuffle that the giant’s whereabouts became evident, as the few blows we exchanged did indeed shake the mountainside. Cliché then watched us for the next few hours as we befriended one another and ate dinner, then moved in to capture Tectonica. She had no intention of taking me, but I essentially got caught in the crossfires. Once she realized who I was, she decided that I would be a nice bonus for her master.

Speaking of her master, Tectonica carefully kneeled down in the huge opening at the center of the library in which we stood, and next asked what exactly Sir Vellichor wanted with her. And this is where the story takes a very interesting turn. Cliché explained how the library was home to an innumerable amount of magical books, all controlled by Sir Vellichor and his team of literary mercenaries called “The Book Club.” At that point she decided to give us a tour. Instantly, Cliché teleported us to another area of the library, and then another, and then another. Cliché’s confidence never wavered as she calmly led us around. And though I was growing restless and frustrated by the fact that I could find no opening to escape, I had to admit how incredibly beautiful the library was. It was like nothing I had ever seen before. Cliché spoke of it with such detail and love that I couldn’t help but begin to feel a certain sense of fondness for it myself. I began to ask her about her own history, hoping that I could distract her long enough to find my opening. And just like before, she willingly and easily offered answers to my questions…

She reminisced going back to when she was 8 years old, telling us about the first time she discovered that she was a hyper-being. Her hyper-speed and ability to teleport scared her at first, but it wasn’t long before she mastered the abilities. She explained that she also discovered a voracious love of reading, which led her to begin teleporting to all the libraries, great and small, across the world. She would steal all the novels she came to love and add them to her personal collection. By the time she was 15, she had amassed an impressive collection of books. She had also captured the attention of Sir Vellichor, who soon recruited her to join his Book Club. When he showed her his incredible Library, she immediately accepted.

Cliché continued to speak while taking moments to point out her favorites. Each section, she explained, was home to centuries of works from every genre imaginable. And all of them had been imbued with the transcendent power of Sir Vellichor himself, allowing the books to become living things. He was the master of the library, and as such, he could change any book however he saw fit. And by that, Cliché further explained, it meant he could take people from the real world and transport them inside a particular book. Consequently, that person’s actions and words would rewrite the book in real time. Henceforth, from that moment, Sir Vellichor could either release the individual, transfer them to another book, or decide to leave them inside the book forever. It all depended on how great of a story the person produced. I couldn’t believe what I was hearing. I mean, I had encountered super-villains and strange hyper-beings throughout my time as a superhero, but had never heard of anyone as extraordinary as this Sir Vellichor.

Cliché added that only the most compelling individuals are chosen, except for the case where the library’s master decides he needs to build a supporting cast for his main attractions, such as he ordered for Tectonica. This explained the missing people from Mt. Logan. That’s right, it was Cliché! And at the moment I realized that there was absolutely no way the DoD, Pentagon or CIA was going to believe me. Good thing I had a giant to corroborate everything.

We were suddenly teleported back to the middle of the Library. I queried of our captor how long their charade had been taking place. Cliché answered in enigmatic fashion, saying that as long as there has been imagination, Sir Vellichor has been master of the Library. She then informed us of a few situations when a captive had won their freedom… but that hadn’t happened in over a hundred years. She began to explain that an individual would have to partake in her master’s game and emerge victorious in order to be returned home.

Naturally, I declined, and told Cliché what she and Sir Vellichor could do with their game of books. When I said this, Tectonica balled her fists and was ready to back me up. Now, normally you would think a giant getting ready to attack alongside a superhero would strike fear into a person. However, Cliché laughed heartily, and then commented how stupid I was to believe she would ever engage us in a battle of strength. Her smugness permeated the room, as did my anger. Cliché told us she had planned our entire trip from start to finish already, and that there was nothing we could do to stop what was about to happen, because no amount of size or strength could prevent Sir Vellichor from getting his entertainment.

Puzzled, Tectonica and I looked at each other while Cliché continued to laugh. That was when an associate of hers joined the party…