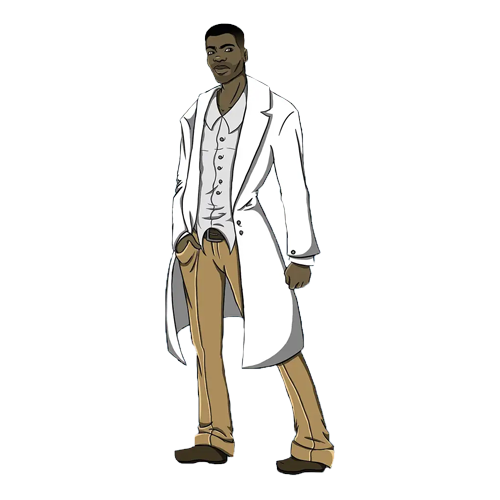 Reggie’s second home growing up was the playground. He loved playing basketball. It was the only thing he thought about. As soon as he woke up in the morning, he had a basketball in his hands. When he wasn’t in school or sleeping, he was hooping. If it was pouring outside or snowing, he was inside dribbling in his basement, bouncing the ball back and forth between his fingertips, or working out to get stronger and faster for basketball. And if he was dead tire and recovering from a workout, Reggie was either watching basketball on tv, or he was playing basketball video games. Ball was life for Reggie.

This deep passion, coupled with his amazing natural talent, landed him at the top of his prospect class growing up. Every college in the country wanted him throughout his high school campaign, even if they knew he was most likely a one and done, and would be going to the NBA after his freshman collegiate season. They had to have Reggie, especially after he averaged 37 points, 12 assists, and 10 rebounds a game, while leading his undefeated team to the state championship his senior year of high school. All things looked perfect for Reggie. They were exactly how he had always dreamed them to be. That was, until tragedy struck.

Dr. Cog is a foremost expert in hyper-humanology especially, as it pertains to artificial intelligence, telepathy, telekinesis, and psionic abilities.

While hooping in an all-star game in Platinum City during the summer, before he was off to the university in the same city on a full athletic scholarship, the gymnasium came under attack. There was an all-out chase, which saw the superhero Captain Noble in pursuit of the diabolical villain, Fiasco. Buildings were being destroyed and explosions were going off left and right. Unfortunately, the large arena the all-star game was taking place in was one of the facilities damaged by an explosion as the two went on a rampage through the city. Rubble fell everywhere and people began fleeing. It was a disastrous scene, and as the players were running off the court, a column collapsed, and pieces of the ceiling fell on top of Reggie’s legs. Both were broken as he and several others were buried under a pile of rubble.

During the cleanup, the Platinum City Police Force and the Platinum City Fire Dept. were uncovering people in the debris. Dead bodies were everywhere, and when Reggie was found, he was thought to be dead, too. However, they found a pulse and the paramedics rushed him to the hospital where they proceeded to operate on him. They placed metal rods in his legs to help them heal properly, and after he awoke, it took him over two years to fully heal and be able to walk on his own again. However, his dreams of playing professional basketball were shattered. Platinum City University kept their deal with Reggie, though, and he was still able to attend their institution tuition-free in order to get an education.

While there, Reggie became obsessed with hyper-humans and their abilities. He harbored a deep hatred for them, as he held Captain Noble and Fiasco responsible for shattering both his legs and his dreams. He majored in Physics, before going on to graduate from PCU’s hyper-humanology doctorate program. The focus of his thesis was on energy manipulation and displacement, positing a theory that hyper-humans gain their powers because of the ability for their bodies to process and manipulate energy differently than normal humans, in order to achieve specific abilities. He said whether or not the energy was produced internally or externally, hyper-humans could tap into either one or both and produce a desired result, which manifested itself into a power or powers. Sometimes it was done on a conscious level, and sometimes on an unconscious level. His main area of observation was in the telepathic, telekinetic, and psionic realm; the reason being that Reggie secretly figured if he were going to be able to destroy the lives of Captain Noble and Fiasco one day, he would have to dismantle their brains to render them vegetables. He could not physically beat Noble, and he could not strategically attempt to take down Fiasco with force. However, if he could catch them by surprise and scramble their brains, he could then do whatever he wanted to them.

After obtaining his degrees, Reggie became known as Dr. Cog, short for “Cognition”. He was at the forefront of telepathic, telekinetic, and psionic energy studies and research. He was never able to exact his revenge on Captain Noble or Fiasco. However, he was able to do the next best thing, as he was hired by Universal Intelligence, the legitimate face of Edgar Lockhart’s evil empire.

Dr. Cog flew to the top of the ladder to become a revered member of the organization, as his procedures and experiments continually produced phenomenal results for UI. He soon was noticed personally by the company’s CEO, Reina Valencia, and the two grew close before engaging in a romantic relationship. It was kept secret from everyone, but the passion burned deeply between the two. As a result, she plugged him in to all of the dastardly, fiendish things UI was tied up in. That also meant he was exposed to the dealings they had in fighting against superheroes who sought to bring them down, including Captain Noble. Reggie felt like he was right at home, explaining how he hated the Captain for ruining his dreams, and it enabled Reggie to become arguably the greatest mind in the company, if not in the entire world, when it came to the study and experimentation within the realm of hyper-studies. That was why, when Edgar Lockhart began his project of drilling at the North Pole, he knew he needed the absolute best to oversee the execution, and called upon Dr. Cog to manage the endeavor.

For years, Dr. Cog drove the project. He coined the name Project Hollow Earth, as its primary goal was to uncover the planet’s core, and obtain the third of the triplos asteri for Edgar Lockhart and Emperor Kako. However, as the project was nearing its final stages, they hit a snag. The triplos asteri was encased in a celestial energy barrier. No matter how many sleepless nights Reggie spent racking his brain for a solution, he could not come up with a way to utilize the UI and Tromokratesian technology, in combination with telekinetic and psionic artificial intelligence, to effectively penetrate the celestial energy barrier around the star. Furthermore, time was running out, for Emperor Kako had solved the Inquiry of Cosmic Wisdom which he needed in order to fully realize the true power of the stars, and was now on his way. If the triplos asteri had not been extracted by the time he arrived , his anger would most likely result in the deaths of everyone working on the Hollow Earth Project. Fortunately, Dr. Cog’s boss, Edgar Lockhart arrived, and with the help of London Omega was transformed into an exponentially more powerful psionic being, who would come to be known as Edgar Omega.

With the sibling twins reunited and their psionic powers at an all-time high level, they would definitely be able to assist with Dr. Cog’s problem of breaching the celestial psionic barrier. However, they needed his scientific expertise to help channel the massive amounts of energy the two would produce through the equipment, in order to ultimately extract the star. Dr. Cog began working frantically to greatly increase the amount of telekinetic and psionic energy the drills and excavating machines could handle. He worked on the AI programming and started tweaking the software technology to exponentially expand its capabilities, bringing the villains one step closer to achieving their goal, and Reginald one step closer to exacting a bit of revenge on the world and the heroes that had taken so much away from him…