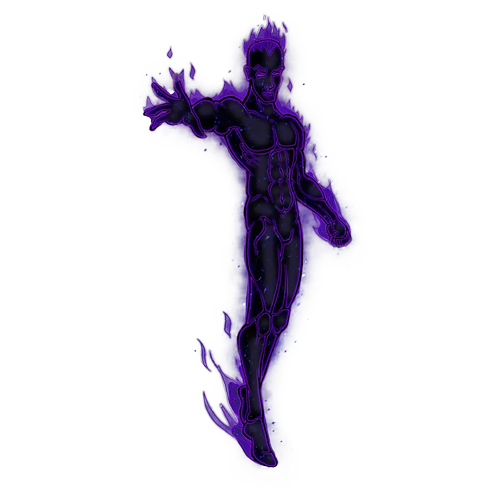 Ishmael Carver had been working at NASA in southern Platinum City for about four years. But he wasn’t an astronaut or a physicists; nor was he an astronomer or a mission director. He wasn’t a rocket scientist, but he did in fact work very closely with rockets. Ishmael was an Exterior Detail Technician. In other words, he washed spacecrafts.

When a ship returned to Earth after a mission, Ishmael and about 200 other laborers were responsible for thoroughly cleaning the vessel. Though the work was hourly and not generally respected by some of the white-collar employees of the organization, their work was extremely important. The ships were usually covered in a multitude of substances after being in space for months at a time, and while much of the debris attached to the hulls would burn off during re-entry into Earth’s atmosphere, there were many cases in which Ishmael’s team would discover “survivor scum.” They would have to carefully remove the scum, contain it and deliver it to the lab technicians for analysis. Very rarely did the EDTs ever find out what any particular piece of scum might have been.

Mr. Amazing’s entire anatomy is comprised of dark matter, which affords him a number of abilities, including flight and enhanced speed. His body can also take on the properties of any material he touches, such as metals, liquids and different types of energy.

Still, survivor scum was one of the more exciting parts of the job. Most of Ishmael’s normal 60-hour weeks involved scraping off the layers of dirt and mud the massive ships picked up upon landing on Earth. It was hard, taxing work, but Ishmael’s coworkers were a fun and rowdy bunch of guys and gals, which made the long days a lot more bearable. They joked around and teased each other incessantly. And absolutely everyone had a nickname. There was Karl “K-Block” Finney, Nancy Lou “Electric Boogaloo”, and Quincy “Q4” Bryan, just to name a few. And then there was Ishmael, whom they simply called “Mr. Amazing.” The moniker was a little tongue-in-cheek, but he loved it nonetheless.

His nickname would one day take on a whole new meaning during a seemingly routine shift. The spacecraft UltraGrey had just returned from a two-month space mission, and it would take another two months for the EDTs to clean her up before sending her off to be prepped for another launch.

The crew went to work as usual, but during the second day of cleaning the UltraGrey, Ishmael discovered a piece of survivor scum on the hull. It was about the size of a nickel, deep black, but pulsating ever so slightly with a tinge of purple energy. It wasn’t the first time Ishmael had encountered a piece of pulsating survivor scum, so he followed protocol and proceeded to remove the substance, with the intent of handing it over to the proper personnel.

Upon prying it free, however, the substance instantly attached itself to Ishmael and began to overtake his body! He screamed in pain, causing dozens of other EDTs to rush over to him. But when they arrived, they could do nothing but watch as an extraordinary transformation was taking place right before their eyes.

Within minutes Ishmael’s body had completely transformed. He was no longer in pain. In fact, as he stood to his feet, he had a big smile on his face, and when asked how he felt, he simply replied, “great!”

The scientists ran a battery of tests on him, and before long, they determined that the substance that had altered his anatomy was dark matter. It had always been theorized that a mysterious meta-element referred to as “dark matter” made up the vast majority of the universe. But there had never been any documented cases of actually finding a physical sample of it.

The NASA techs learned that the dark matter could not be extracted from Ishmael’s body, which meant it was now a permanent part of his anatomy. Mr. Amazing however, wasn’t too broken up about his situation, as the dark matter gave him extraordinary powers. He was now able to fly, and could also move at extreme speeds in outer space. But the greatest hyper-ability afforded to him through the mysterious substance was how it allowed his exodermis to take on the properties of any material it came in contact with. In other words, if he touched steel, he could transform his entire body into steel. The same was true for substances like stone, plastic, diamond, water, different forms of energy, and even fire.

Before long, Ishmael had permanently changed his name to “Mr. Amazing,” and after spending years cleaning space vessels, he decided it was time for him to venture out into space himself. He eventually met the mighty Magnifica and joined her intergalactic superhero squad, The Diamond Alliance, which also included King Ka’Desh, Utopia, Twinstar and Thundersnow.

Through the years, Mr. Amazing went on dozens of adventures with the team, and played a key role in the success of many missions – including the time he touched the surface of Earth’s sun and transformed himself into a human sun-flare, in order to reignite the dying sun of a neighboring solar system. And then there was that time he took on the properties of particle energy, so he could form the final link in a particle energy field, which ended up protecting the inhabitants of Kepler-444e from the fallout of a giant radioactive satellite that had exploded. And we’d be remiss if we didn’t mention his role in the defeat and temporary imprisonment of the winged warrior, Eridanus.

Mr. Amazing and the other members of the Diamond Alliance were celebrating yet another victory – this time, against an army of Inner Space Pirates (the kind of scalliwags that plunder planet cores) – when suddenly they received a distress call that a very important planet was under attack by the savage and powerful warrior collective known as the Denizen Supreme.