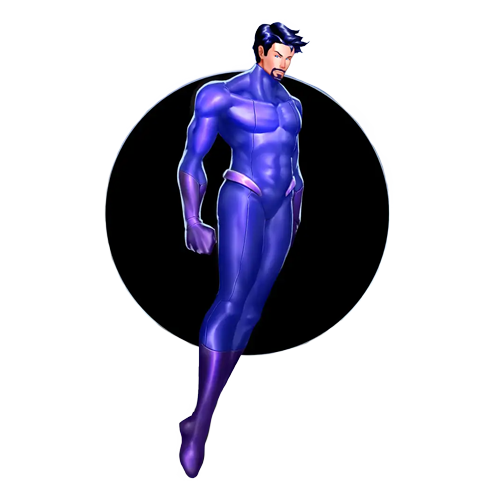 After my adventure with Tectonica in Sir Vellichor‘s Grand Library, I debriefed with the Pentagon remotely from Canada. As I expected, they were hard-pressed to believe me without any evidence to support my story. While Tectonica’s existence had been confirmed and recorded, it was a different task to document the existence of a library, populated by hyper-beings in an alternate realm of existence. So, I visited Tectonica a couple of times over the next few days to gather her statements on what we experienced, which I passed along to my superiors.

I also took the opportunity to indulge myself in some leisure time. Tectonica is a great person; very kind-hearted and intelligent. I continued to try and convince her to join me on my missions, but she stayed firm in her resolve to remain at Mt. Logan. I did receive an open invitation to stop by and visit whenever I liked, though, so that was nice. In between visits with her, I also made sure to “run into” Agent Shefali. I swear, she becomes more beautiful by the day. There was no time to waste fraternizing, though, as I needed to try and figure out a plan on how to stop Sir Vellichor.

Shuttershock’s body is essentially a black hole, and will absorb light at a continuous rate, unless regulated by the special suit he wears. The suit also allows him to store the light, then redirect it out of his body in the form of powerful energy blasts. Shuttershock can also fly and move at above average speeds.

I decided my next destination needed to be New Hero Hospital (NHH) in Seattle. They have the utmost prestigious staff of experts on hyper humans and individuals with special powers. Their entire facility is dedicated to helping people with new abilities cope mentally and emotionally with the changes, as well as providing them with insight to their abilities. NHH also offers basic training, along with equipping the people with any devices that may help ensure the patient’s safety and the safety of those around them.

The hospital is run by Dr. Elizabeth St. Pierre – a scientific genius and pioneer in the field of powered beings, obscure substances, and how the two often cross paths. She also happens to be a friend of the US government, having collaborated on numerous projects with us. She is actually the one who oversaw the experiment to create me. If it was not for her brilliant mind and expertise, who knows if I would even be here today. I trust her, and I trust her work. I thought if anyone could help me gain insight into cracking Sir Vellichor and his Grand Library, it was Dr. St. Pierre.

After arriving at NHH, I began to show myself around while waiting for the good doctor. I was accompanied by her incredibly talented right hand, the head nurse of NHH, Chimera. She was updating me on all the newest advancements they had made in research and in developing powered-beings towards becoming productive heroes who help protect and improve society. It had been quite some time since I visited, so we had a lot to catch up on. One particular case caught my attention, though…

His name is Byron Jones, and he goes by the alias Shuttershock. Chimera explained to me that the star which crashed into Earth a few years ago, creating headlines across the globe, had a lot to do with how Mr. Jones transformed from Byron to Shuttershock. The star was laced with something called “blue matter,” a substance foreign to Earth. Dr. St. Pierre and her teams have been analyzing and studying it for many years now, and are working to unlock all of its secrets. One way of doing that is by studying the people who have come into contact with blue matter and have been affected by it. With Byron Jones being one of those people, it was only natural Dr. St. Pierre would bring him to NHH.

I inquired about his life before the incident. Chimera informed me it was pretty straightforward: he was a regular guy with geeky tendencies, who loved two things in the world more than all else: photography and more significantly, his fiancée, Lacey. Well, at the time he came into contact with the blue matter, she was still his soon-to-be fiancée, Chimera presumes, as Lacey never had a chance to actually respond to his marriage proposal. The story goes like this…

Byron had taken Lacey out to a meadow one starry night. They had an incredible picnic dinner under the night sky, and then Byron introduced her to a photography technique he’d been recently dabbling in – “light writing.” He set up his camera on a tripod and opened the shutter, then took a flashlight and went into the field to wave the light around, in front of the camera. Afterwards, he’d close the shutter and bring up the picture on the display screen. And amazingly enough, the capture would show all the streaks from the flashlight. He and Lacey spent more than an hour light writing, making shapes and spelling out words. They had an absolute blast! Then Byron had one more thing he wanted to write, so he set up the camera and took his flashlight into the field. A minute later he returned to the camera, closed the shutter and showed the display to Lacey – the words said “Lacey, will you marry me?” As you can imagine, she was ecstatic. Byron handed her the flashlight and told her to light-write her answer. He opened the shutter on his camera, she went out into the field and began writing. And that’s when the star crashed into the field and caused an explosion which engulfed the two lovebirds.

Several weeks after the accident, Shuttershock awoke in NHH. To his horror, Lacey was nowhere to be found, and to his amazement the blue energy, mixed with the AI properties of his camera had caused him to develop hyper abilities. Head Nurse Chimera told me that Byron is basically a living black hole. He has the power to absorb all forms of light and channel it out in the form of powerful energy blasts. He can also manipulate the light spectrum in ways that give him a variety of other powers, including the power of flight.

Over the years, Chimera said, Shuttershock has been making exceptional progress mastering his powers. However, psychologically and emotionally he still suffers from the tragic events involving Lacey, and refuses to focus on anything outside of finding out what happened to her. Apparently, Chimera and Dr. St. Pierre have been attempting to convince Shuttershock to use his powers to help others while they search for Lacey. Their attempts have been to no avail.

The story was extraordinary. I just had to meet Shuttershock. Chimera pointed me toward his room, then went off to take care of some business. I arrived at his door and introduced myself. He immediately recognized who I was and greeted me with a smile. He told me how my heroic feats over the years never ceased to amaze him, and he thinks the work I do helping serve justice across the globe is great. I thanked him for his kind words and then inquired about the digi-chart he was holding.

He then projected 3D models of himself wearing different versions of an outfit. Shuttershock explained that since he is a living black hole that will endlessly absorb any and all light around him, Dr. St. Pierre and her team developed a suit which helps him regulate how much light he takes in. That way, he does not have to be encapsulated in a force field all day. Their latest development is a design that not only helps regulate the absorption of light, but is able to store it as well. Whereas the initial designs only helped block absorption, the new design allows Shuttershock to charge his suit up during the day using solar energy, making him more consistently powerful, as opposed to being weaker at night from having to rely on artificial light.

However, he can only retain so much solar energy as the suit has a certain capacity threshold which, if exceeded, could cause the suit to explode. He then told me the suits on the 3D models were options for him to choose from. I suggested he go with the blue suit with purple color designs. He agreed, as the other yellow, green and striped versions were not very aesthetically appealing. He also mentioned they were exploring inserting an AI chip from Universal Intelligence into his suit which would interface with his anatomy to allow for more optimal cohesion between his powers and the suit. I strongly suggested he avoid using any AI until further notice, as I still had an open investigation concerning potential illegal practices within Edgar Lockhart’s company. But we’ll get back to that at a later date.

We continued to discuss Byron’s history at NHH, and I was impressed at the level of mastery he was able to achieve over his powers at a hospital research facility, as opposed to a military program. I knew he would make for a great addition to my efforts of building a team, and thought maybe a candidate from a trusted place like NHH run by the same person who oversaw my creation, Dr. St. Pierre, would get my superiors to finally agree with me.

I expressed my desire for him to join a team, stating he could be doing so much more than simply training and waiting for news of Lacey’s emergence. Shuttershock let out a small sigh and told me he had heard the speech from Dr. St. Pierre and Chimera dozens of times. He knew it was selfish of him to not do more, but he couldn’t bring himself to want to engage in hero work when all he really wanted was to find Lacey. It was painfully apparent how much he misses her. The love Shuttershock has for his fiancée is incredible. I replied with blunt honesty, though, that she may not even be alive still, and he could be waiting forever. My candid reply drew Shuttershock more inward, drawing a halt to our conversation. In order to not blow the opportunity before me, I placed my hand on his shoulder and suggested to Shuttershock that my superiors might be able to help him find Lacey, if he were willing to help us with missions. A joint effort between NHH and the US government would certainly be better than just the hospital utilizing its limited resources. I told him if he helped me, when the day came, I would do whatever it took to help reunite him with Lacey – that is of course if she was still alive.

Shuttershock looked at me with eyes of interest. His chances of finding the love of his life had the potential to increase exponentially by adding me and different military agencies into the fold. However, before he could give me an answer, a loud disturbance interrupted us…